82-Year-Old Grandma Reveals Her Secret To A Long Life 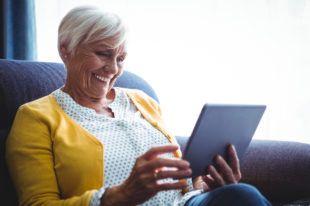 Mabel Sparling has a bus pass and she uses it several times a week to visit the mall near her retirement community.

At the mall, Mabel gets her daily dose of exercise, meets her granddaughter Jenny for coffee, and visits the greeting card aisle of her favourite gift shop – specifically – she spends copious amounts of time reading the humorous cards.

“That’s the ticket to a good day,” says Mabel, “you’ve got to get your laughter in.”

At 82, Mabel is well-known to everyone in her seniors’ community, along with several city transit drivers who find themselves buoyed by her sunny disposition. By all accounts, Mabel is perpetually cheerful.

“It’s contagious – her sense of humour – I always take her jokes back home to my wife and kids. It cracks them up,” says Jerome, a regular driver on Mabel’s route. “Yesterday her joke was; What kind of exercise do lazy people prefer? The punchline … Diddly squats,” he says laughing. 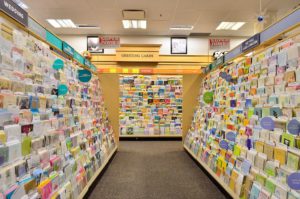 Photo courtesy of Raysonho via Wikimedia

It’s not news to anyone that humour is good medicine, in fact, doctors and researchers alike seem to have reached a consensus on this fact.

From decades of study by the famous Dr. Rod Martin to recent recommendations by highly esteemed medical professionals such as those at the Mayo Clinic, humour is good for your health, and a definite antidote to life’s stressors.

“So,” says Mabel, “you have to make a point of digging up things to laugh at and don’t spend a lot of time fretting about the things in life you can’t do anything about.”

Mabel says she avoids watching and reading news, preferring instead to turn to the joke section in her lifetime subscription to Readers Digest. “They always have nice decent jokes in there, the kind I can pass along to others,” she quips.

And, to Mabel’s delight, Jenny often brings along her laptop when they have coffee, and she shows her grandmother humorous YouTube videos. A favourite of both women is You’re Kidding Me. “We laugh every time!” exclaims Mabel, throwing her head back and imitating the talking dog.

Mabel is also pleased that there is a compilation of her prized ‘decent’ Readers Digest jokes available online for those who “like to spend their time with their noses pointed at a computer screen”.

“My Gran has always been a tremendous source of joy in my life,” says Jenny. “No matter what I’ve gone through, she helps me look at the bright side of things, and always – we laugh – it’s her gift to me. Well, really it’s her gift to everyone she meets.”

Jenny believes that if it weren’t for her grandmother’s sense of humour, she might not still be living, pointing out that Mabel has battled cancer twice and lost her husband in a tragic accident when they were both in their 50s.

“I figure, the day I can’t find anything to laugh about, well that the day it’s time to close my eyes on this old world,” says Mabel, eyes twinkling.