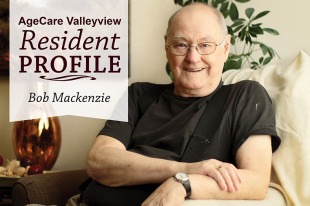 At 77 Bob has plenty to be thankful for, but like most, his good fortune did not come without some bumps along the road. When Bob shares the stories of his youth, he fondly recalls his love of farming, and he also details the struggles that undoubtedly build his strong character and enduring will.

Born in Skiff, Alberta, Bob was an only child to parents whom, when he was young, inherited their parents’ farm near Del Bonita, Alberta. Relocating the family to adopt the farmstead near the Alberta-Montana border came with many challenges for his parents, but Bob did appreciate the lifestyle it afforded him as a young boy.

“I loved the farm – we raised cattle and pigs,” he said with nostalgia. “I would run after my father who was on the tractor working the fields. We would blow the straw from the thrasher into stacks near the barn. The sows would burrow into the stacks and have their young. I loved playing with these piglets.”

Sadly Bob’s parents were less than enchanted with the ups and downs of farming life, and Bob indicates that this put a lot of strain on the family. 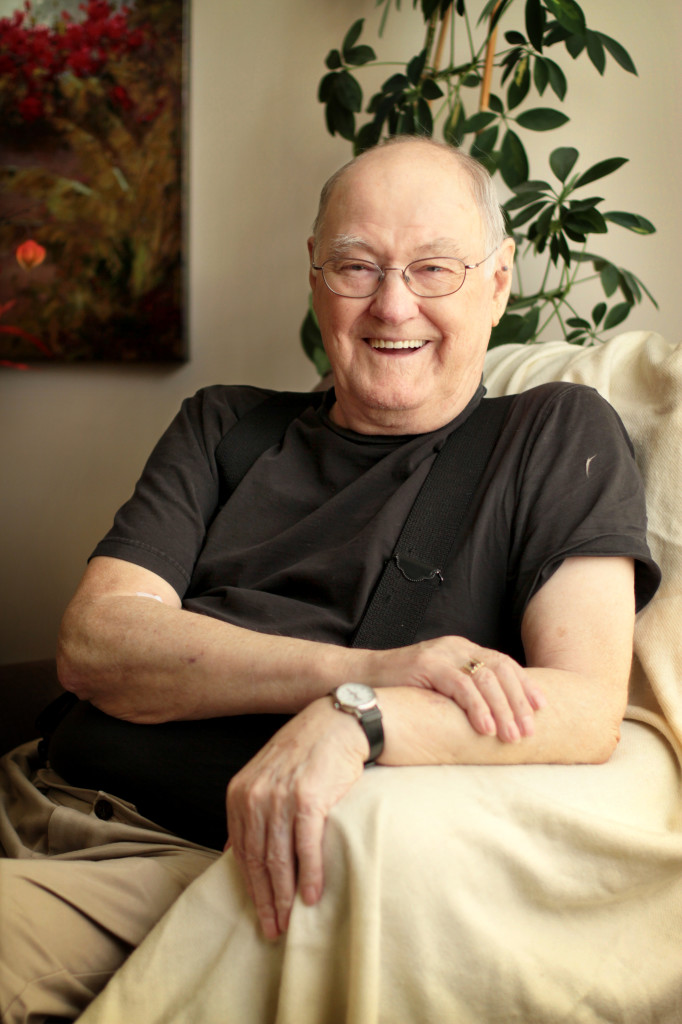 “They disliked dealing with the harsh weather conditions and the inconsistencies of income,” he said. Their struggles would only get worse, when at age 14, Bob’s family lost their farm house to a fire and had to find the means to rebuild their home.

When they had had enough, Bob’s parents sold the farm and moved to Edmonton where Bob’s father got work in the oil and gas industry. This marked a sad end to the farming life that Bob knew and loved.

In Edmonton Bob got work as a courier for the Alberta Legislature and was paid $35 per week. Having not quite completed his high school education, Bob finished his last two subjects by correspondence, mailing in modules weekly and successfully challenging his final exams. Though he might have liked to go on with his schooling, higher education was not in the cards for Bob as there were no funds to send him. Instead, he landed himself a prosperous career in the oilfields.

It was also in Edmonton that Bob met and married Gladys. The couple had a son and a daughter and enjoyed many years of family life and hobbies including bingo, golf and trips to their timeshare in Fairmont, California. At age 60 Bob retired and enjoyed many sunny days on the golf course.

Eventually, Bob and Gladys parted ways but still today they remain good friends. Bob met Donna and he enjoyed spending six years with her before cancer claimed her life.

Grateful for his lot in life and blessed with a boisterous sense of humour, Bob tried his luck with the ladies one more time, proposing to Angela – the receptionist at the residence. The two carried on the joke with a mock ceremony – a reflection of the fun Bob still enjoys having and his unrelenting spirit of optimism.