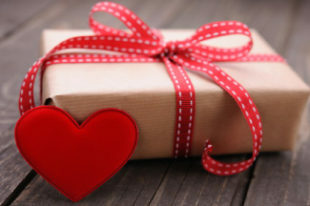 On February 14 each year, sweethearts celebrate Valentine’s Day by exchanging cards, chocolates, and other tokens of love. But do these sweethearts know who they are celebrating? The true identity of St. Valentine is murky and there are differing stories detailing his role in the church and the acts that inspired the popular holiday bearing his name. Competing stories depict St. Valentinus (the Latin version of the name) as either a priest from Rome or the Bishop of Terni during the reign of Emperor Claudius II. Legend has it that Valentinus aided Christians who were persecuted under Claudius II’s reign. Eventually, Valentinus, too, was put under house arrest at the home of Judge Asterius. It so happened that Asterius had a blind daughter. The judge asked Valentinus to prove the power of Christ by restoring the girl’s sight. When Valentinus performed the miracle, the judge thanked him by freeing him and all the Christians he had imprisoned. But Valentinus did not remain free for long. He was again arrested and brought before Emperor Claudius II himself. When Valentinus attempted to convert Claudius to Christianity, he was executed on February 14, AD 270, but before his martyrdom, he is said to have written a note to the daughter of Asterius, which he signed “From your Valentine.”

Another story details how Claudius II outlawed marriage for young men in the belief that single men made better soldiers than those with wives and families. Valentine defied Claudius and performed marriages in secret, purportedly cutting hearts of parchment and gifting them to the couples as a sign of God’s eternal love. When Valentine’s secret was discovered, Claudius executed him.

These stories are different yet they both illustrate Valentine’s devotion to his faith and his people. As these legends spread, so did Valentine’s reputation for heroic love and devotion, inspiring a holiday dedicated to the ideals he died for.