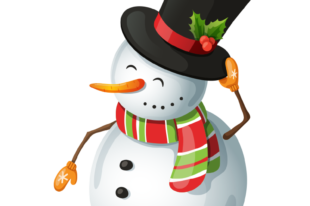 The New Year is celebrated all around the world, and its arrival is most often heralded with fireworks. Why are fireworks associated with ringing in the New Year all over the globe? It turns out they are part of a larger story and much more than just a loud and raucous display of joy and revelry. This story begins with their invention in China.

China is very proud of its Four Great Inventions: the compass, papermaking, printing, and gunpowder. Like so many important inventions, gunpowder was discovered by accident. In the ninth century, Chinese alchemists searching for the elixir of immortality instead discovered the formula for gunpowder. It was, of course, eventually adapted for use in warfare, but other uses were discovered more immediately, such as in the development of flares and eventually fireworks.

While the emperor may have been treated to elaborate and spectacular fireworks shows, fireworks were not all fun and games. They served another important purpose: when fireworks exploded at the beginning of each new year, they were believed to frighten away evil spirits, banish bad luck, and bring good fortune. From these superstitious beginnings, fireworks have become a mainstay of new year traditions around the world.

There may be no better time to watch a fireworks display than on the Chinese New Year, which falls on January 28. Beijing and Hong Kong often vie for the most amazing displays, which may mean—if ancient superstitions are true—that these two cities will enjoy the greatest luck. In the Chinese zodiac, 2017 is the Year of the Rooster, an animal that, thanks to its relentless crowing, is considered adept at shooing away evil spirits. It is also the year of Fire, so be on the lookout for greater, more elaborate, and more powerful fireworks displays.