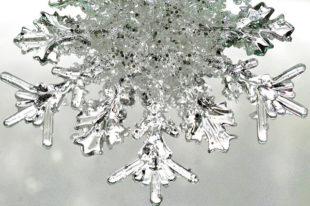 Another new year begins, and all around the world people will be popping champagne, singing “Auld Lang Syne,” and kissing loved ones at the stroke of midnight. But just why, exactly, do we repeat these New Year’s traditions year after year? Bubbly champagne is the drink of choice on New Year’s. Its invention is often credited to Dom Perignon, the Benedictine monk who oversaw the wine cellars of his abbey in the year 1697. While others saw bubbles as a problematic sign that wine had spoiled, Perignon perfected the production of this new fermented drink known as champagne. From its beginnings in the abbey cellar, champagne was regularly used in religious celebrations such as consecrations and coronations. It then made the natural transition to secular celebrations, most notably at the soirees of the French aristocracy. As champagne became cheaper and more accessible, it became the classiest beverage to offer during the holidays. Scotland’s national poet Robert Burns penned the words to “Auld Lang Syne” in 1788 and sent them to the Scots Musical Museum, requesting that his lyrics be set to an old Scottish folk tune. The phrase auld lang syne roughly translates to “for old times’ sake,” and, fittingly, the nostalgic song is about preserving friendships. The tune was often sung at funerals, farewells, and other group celebrations. It finally made it to America in 1929, when the Guy Lombardo Orchestra played it at a New Year’s celebration in New York’s Roosevelt Hotel. No New Year’s party is complete without a kiss at the stroke of midnight. In ancient times, the winter darkness was the domain of evil spirits. At New Year’s masquerade balls, scary masks were torn off at midnight, and a kiss was shared as an act of purification to chase away malign spirits. For centuries, New Year’s has been a time of celebration, nostalgia, and hope.