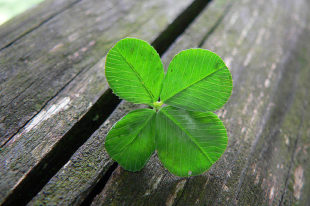 Egg-ceptional Spring Traditions
With the arrival of spring on March 20 comes all the holidays and traditions associated with the end of winter: religious traditions like Passover and Easter, and Nowruz, the Persian New Year. All of these celebrations share an important symbol: the egg.
For millennia, the egg has been an exalted symbol of birth, rebirth, and hope. Ancient Egyptians told stories of the sun god hatching from an egg. Sometimes the sun was considered an egg, laid each day by Seb, a cosmic goose and god of the earth. In Hinduism, the egg represents the makeup of the universe. The shell is the heavens, the white is the air, and the yolk is the earth. In the Persian story of creation, Good and Evil are locked in an epic battle. When Evil is hurled into an abyss, Good lays an egg, which represents the universe, with Earth suspended from the heavens as a halfway point between Good above and Evil below. Eggs have always been a symbol of the beginnings of the universe and life itself. No wonder that after the long dark of winter, with the return of the sun, eggs are revered as harbingers of life.
When Jews sit together for the Passover seder on March 30, an egg will adorn the seder plate as a symbol of the ritual offering to the Temple in Jerusalem. Furthermore, the egg symbolizes—you guessed it—life itself. For Christians, Easter is a holiday celebrating the resurrection of Jesus Christ, so using an egg as a symbol of rebirth was a natural choice. The traditional color to dye Easter eggs is red, symbolizing the blood Jesus shed on the cross. In Macedonia, congregants bring their red eggs to Easter church services, and when the priest proclaims, “Christ is risen,” it is customary to eat the egg as a ritual breaking of the Lenten fast. Elsewhere, in Iran, Persians prepare for their new year, Nowruz, by preparing their ceremonial table, the haftseen, with symbolic foods and objects, including painted eggs representing fertility. All over the world, people will be looking at eggs in a different light.