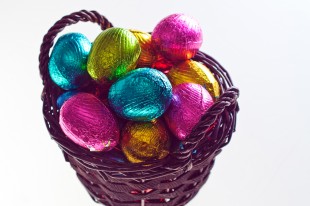 Sunday, April 5, heralds Christianity’s holiest day—Easter. This day commemorates the biblical resurrection of Jesus Christ. The story of his life after crucifixion in 1 AD proved to early Christians that Jesus was truly the son of God and serves as a New Testament reminder of the Judeo-Christian promise of eternal life to those who believe.

People all over the world celebrate the resurrection story in different ways. Many, unsurprisingly, attend church services. Many, too, paint colorful Easter eggs as symbols of life. Often these painted eggs (or plastic eggs filled with candy) are gifts from the Easter bunny. This may sound strange since bunnies don’t lay eggs. However, bunnies and eggs have long been symbols of fertility. It’s no coincidence that Easter coincides with the arrival of spring, the season of rebirth. Many non-Christian traditions, such as those of the vernal equinox, have merged with those of the church over the past 2,000 years.

Yet there are even stranger Easter customs than bunnies and eggs. Instead of a bunny, Australia has an Easter bilby—a small, endangered, cat-sized desert marsupial, with a pouch like a kangaroo, that looks like a cross between a rabbit and a rat. Those in the Czech Republic bestow wishes of health and youth with pussy willow branches entwined in colorful ribbons. And in the town of Vrontados on the Greek island of Crete, two churches engage in mock war each Easter. During Rouketopolemos, the “Rocket War,” the churches shoot hundreds of fireworks at each other. Surrounding homes are covered with boards and sheet metal for protection. Whichever church lands the most hits at the opposing church’s belltower wins. However, each year there’s a disagreement over the winner. Each year they agree to settle the score the following Easter. And so this tradition has survived since the 19th century.