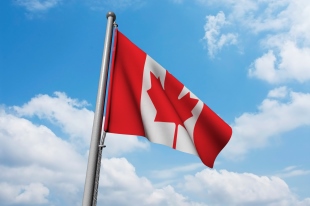 Canada Day, formerly known as Dominion Day marks the anniversary of the Constitution Act of 1867, joining Nova Scotia, New Brunswick, and the Canada province (now Ontario and Quebec) into a single country.

The Constitution Act granted Canada a substantial amount of independence from England, although complete independence was not given until 1982.

In addition to independence from the United Kingdom, Canada Day also marks a number of revolutionary breakthroughs and significant events. The first national radio hookup was initiated by the Canadian National Railway on July 1, 1927. The Canadian Broadcasting Corporation (CBC) held their first cross-country broadcast on Canada Day in 1958. The first color television transmission in Canada was held on July 1st of 1966. In 1967, the Order of Canada was inaugurated. “O Canada” was also named the official national anthem on Canada Day, 1980.