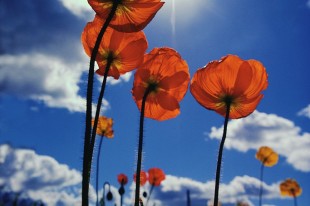 Did You Know – The Blue Puttees?

The Royal Newfoundland Regiment re-created its historic march from Pleasantville to St. John’s harbour on October 3, 2014 to mark 100yrs since the Regiment embarked on the S.S. Florizel to begin its commitment to the Great War.

The Royal Newfoundland Regiment (R NFLD R) has been a unit of the Candian Army since 1949 though its predecessor units trace their origins to 1795. In the late summer of 1914, it was all about the desire to honour “King and Country”. During the Great War the battalion-sized regiment was the only North American unit to fight in the Gallipoli campaign of 1915 and was virtually wiped out at Beaumont Hamel on July 1, 1916, the first day of the Battle of Somme. The Regiment earned the title “Royal” in 1917 in recognition of its exceptional service and sacrifice – the only Regiment to be honoured this way by the British during the war.

The Royal Newfoundland Regiment (R NFLD R) had their ankles wrapped in thin blue wool – not the traditional khaki. This was a distinctive bit of kit for which they are still revered today, as the Blue Puttees.

There are varying accounts as to why the R NFLD R wore blue puttees.

One belief is that the colour was both deliberately chosen to distinguish themselves from others and inspired by an elite brigade that fought in the Boer war more than a decade ealier. The other that the local “Church Lads Brigade” offered the blue wraps due to a shortage of the standard olive fabric.