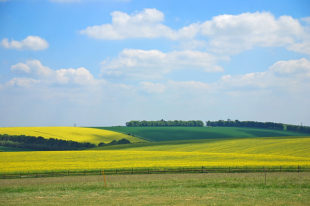 August Birthstone is Peridot; The peridot, the birthstone for the month of August, is a beautiful stone that ranges in color from olive to lime green, although it sometimes has a brownish tint. It is one of the few gemstones that is found in one color. The green color is due to the presence of iron. Stones with a brownish tint have higher levels of iron. The peridot is one of the oldest known gemstones. It has ties to ancient Egypt, where it was often shaped into beads and  worn for protection. The ancient Egyptians believed the stone could protect its wearer from evil. It is believed that Cleopatra’s emerald collection was actually a collection of peridot gems and not emeralds. The largest peridot ever found weighs 311.78 carats and belongs to the Smithsonian. The Kremlin owns a 192-carat peridot of fine, clear olive green. The stone is part of the Russian crown jewels.

Flower of the Month is Gladiolus; The gladiolus is a flowering plant that belongs to the iris family. It grows most frequently in the Mediterranean region, Asia, and the tropical parts of Africa, where its pink, purple, and white flowers can blossom in the full sunlight. The stems and leaves of the gladiolus stand tall and have pointed tips. It comes as no surprise, then, that the gladiolus flower gets its name from the Latin word for sword (gladius). In ancient times, it also went by the name of xiphium, after the Greek word xiphos, which also means “sword.” In Rome, the gladiolus is still regarded as the flower of the gladiators. The gladiolus can represent many different things. For example, in many cultures it signifies remembrance, but the Victorians used the gladiolus as a symbol of infatuation, implying that the giver’s heart has been “pierced” with passion.