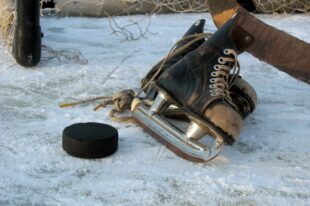 As we age, we might misplace our keys or forget the names of people we know. These forms of memory loss might lead to worries about cognitive decline and even the onset of diseases such as Alzheimer’s and dementia. Enter the industry of brain teasers and brain games, which promise to strengthen our minds and stave off cognitive decline. January is International Brain Teaser Month, but can these brain games actually fulfill the promises of mental acuity they so readily advertise?

Computerized brain-training programs are a $1.3 billion-a-year industry. Some of the world’s best neuroscientists have even designed brain games they tout as the best on the market.

If you have bought into the notion that playing daily brain games can help keep your mind sharp, you are by no means alone. Sure, there is abundant evidence to suggest that living in an enriched environment with lots of stimulation can create positive changes in the brain. However, can a computer screen replicate such enriched environments? The general consensus of the scientific community is “no.” There is no conclusive evidence that routinely playing brain games will improve cognitive performance in everyday life. Nor does evidence exist that brain teasers will ward off any form of cognitive slowing or brain disease associated with aging.

This does not mean that people should avoid brain teasers, especially if they enjoy them. However, other studies do show how exercise and socialization have positive effects on cognition. So perhaps the best solution is to play your brain games with a friend, rather than sitting alone in front of a computer. Better yet, take that friend and join a juggling club or play bridge, and then enjoy a lunch of brain-friendly foods such as vegetables. It seems that the healthiest modes of living for both the body and the brain are the ones we have been practicing for centuries: eating healthfully, exercising, and spending time with friends and family.