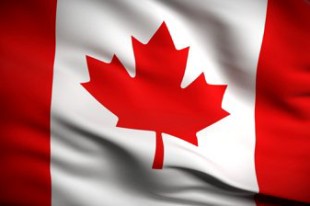 Originally, “O Canada” was a patriotic poem by Sir Adolphe-Basile Routhier, a Quebec judge. Calixa Lavallée, the well-known Canadian composer, was commissioned to set it to music, and it was first sung in 1880 during a national convention of French Canadians in Quebec City. The French words to the song have remained the same to this day.

The English version, however, has a more interesting history. When Routhier’s lyrics were first published in Toronto, a doctor named Thomas Bedford Richardson translated the words into English and changed them to fit the melody. Two years later, the first edition of the Canadian version of Collier’s Weekly held a competition to rewrite the English lyrics to the song. Mercy E. Powell McCulloch won the competition with her entry.

The words were rewritten again and again, but one version gained the most popularity. It was written by Montreal lawyer Robert Stanley Weir in 1908 in honor of the 300th anniversary of the founding of Quebec City. It was amended in 1913, 1914, and 1916 and published in an official form for the Diamond Jubilee of Confederation in 1927. A slightly modified version of the first verse of Weir’s poem was proclaimed as Canada’s national anthem in 1980.