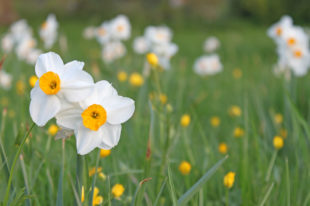 They say that everyone is a little bit Irish on St. Patrick’s Day, and the world will be draped in green on March 17, when St. Patrick’s Day celebrations take place across the globe in honor of the patron saint of Ireland. But if you really want to celebrate the right way, be sure to take a look at these facts behind St. Patrick.

St. Patrick may be one of Ireland’s patron saints (along with St. Brigid and St. Columcille), but he was not Irish. Evidence suggests that he was, in fact, British. By some accounts, he was born with the name Maewyn Succat in either Scotland or Wales. Yet it is important to realize that even though St. Patrick may have been born in Britain in the year 390, at the time of his birth, Britain was occupied by the Romans. Thus, it is very likely that Patrick’s family was from Roman aristocracy. Indeed, Ireland’s precious St. Patrick may well have been Italian.

But don’t trade in Irish green for Italy’s tricolor green, white, and red just yet. The true color of Ireland might be blue. King Henry VIII flew a blue flag over Ireland during the 16th century. Knights of the Most Illustrious Order of Saint Patrick, a society of Irish knights founded by King George III in 1783, wore a light blue color known as St. Patrick’s blue.

So whether you’re marching in Dublin, raising
a pint of Guinness in New York, Irish dancing
in Sydney, or eating corned beef and cabbage
in Montreal, just remember that none of these pastimes come from the original St. Patrick’s Day. The Roman Catholic feast day was traditionally spent in quiet prayer, a far cry from the raucous celebrations of today.

Who Was St. Patrick Anyway?

St. Patrick was a British bishop who was the first to bring Christianity to Ireland. He lived in Ireland for nearly 30 years, preaching the religious values of Christianity. It is said he used a shamrock, the three-leafed clover, to explain the Holy Trinity to the Irish people. To this day, St. Patrick is highly revered in the Irish church.