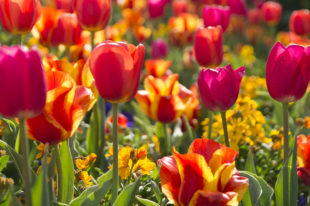 Victoria, Victorious
Queen Victoria’s rule over the United Kingdom was so strong that the time period under her
monarchy became known as the Victorian Era. Her 63 years of
rule lasted from 1837 to 1901, during which England greatly expanded its empire and
became a world leader in both industry and economy. She also survived several
assassination attempts and guided Britain through the Great Famine of 1845. Her most
lasting contribution may have been establishing the monarchy as a mainstay
of English culture. When Victoria ascended the throne at age 18, many believed that
England should no longer be ruled by a king or queen. During her rule, Victoria so influenced
British society that the monarchy became a permanent fixture. If you, like so many others,
adore British royalty, then get ready for Victoria Day on May 22.
Victoria Day was established in Canada in 1845 as a means of unifying English and
French Canadians.
Both cultures understood and appreciated a monarchy,
and loyalty to the queen was an important means for Canadians to distinguish themselves
from the Americans to the south, who prided themselves on their revolution against a
monarchy. The original date was May 24,
the birthday of the queen. Other parts of England’s vast Empire celebrated May 24 as
Empire Day, but Canadians chose to honor Queen Victoria. She was, after all, Canada’s
“Mother of Confederation,” the leader who urged Canadian unity and independence.
While the date of Victoria Day may have changed to the Monday nearest the queen’s
birthday, it is still a day to celebrate everything royal. Indeed, anglophilia seems to have
reached an all-time high now that young royals Princes William and Harry are marrying and
starting families of their own. Brits are even conquering the television with hit shows like
Downton Abbey, Victoria,
The Great British Bake Off, and The Crown. It’s all enough to make you want to sing “God
Save the Queen”