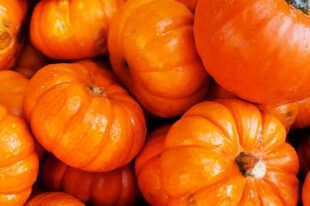 Halloween may seem like it’s all about costumes and candy, but the holiday which is relatively new to America, having only become popular in the early 1900s  has its roots in pagan beliefs. Dating back about 2,000 years, Halloween marked the Celtic New Year and was originally called Samhain, which translates to “summer’s end” in Gaelic.

Some Halloween traditions, such as carving Jack-o’-lanterns, are based on Irish folklore and have been carried on throughout the centuries, while others, such as candy corn, are more modern Halloween additions. Read on to find out the meaning behind some spooky Halloween staples, including spiders, witches and trick-or-treating.

Black Cat Often used as symbols of bad luck, black cats grace many Halloween decorations. Another medieval myth told that Satan turned himself into a cat when socializing with witches. But nowadays, black cats aren’t synonymous with bad luck and mischief everywhere in Ireland, Scotland and England, it’s considered good luck for a black cat to cross your path.

Jack-O’-Lanterns A fun fall activity, carving Jack-o’-lanterns actually has its roots in a sinister, tragic fable. Celtic folklore tells the tale of a drunken farmer named Jack who tricked the devil, but his trickery resulted in him being turned away from both the gates of heaven and hell after he died. Having no choice but to wander around the darkness of purgatory, Jack made a lantern from a turnip and a burning lump of coal that the devil had tossed him from hell. Jack, the story goes, used the lantern to guide his lost soul; as such, the Celts believed that placing Jack-o’-lanterns outside would help guide lost spirits home when they wander the streets on Halloween.

Witch The stereotypical image of the haggard witch with a pointy black hat and warty nose stirring a magical potion in her cauldron actually stems from a pagan goddess known as “the crone,” who was honored during Samhain. The crone was also known as “the old one” and the “Earth mother,” who symbolized wisdom, change, and the turning of the seasons. Today, the kind, all-knowing old crone has morphed into the menacing, cackling witch.

Witch’s Broomstick The witch’s broomstick is another superstition that has its roots in medieval myths. The elderly, introverted women that were accused of witchcraft were often poor and could not afford horses, so they navigated through the woods on foot with the help of walking sticks, which were sometimes substituted by brooms. English folklore tells that during night-time ceremonies, witches rubbed a “flying” potion on their bodies, closed their eyes and felt as though they were flying. The hallucinogenic ointment, which caused numbness, rapid heartbeat and confusion, gave them the illusion that they were soaring through the sky.

Trick-Or-Treating in Costumes In olden times, it was believed that during Samhain, the veil between our world and the spirit world was thinnest, and that the ghosts of the deceased could mingle with the living. The superstition was that the visiting ghosts could disguise themselves in human form, such as a beggar, and knock on your door during Samhain asking for money or food. If you turned them away empty-handed, you risked receiving the wrath of the spirit and being cursed or haunted.