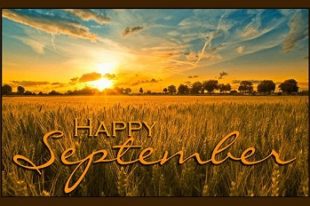 Perhaps we take for granted the convenience of finding our daily newspapers on the front stoop or in the mailbox. On September 4, give extra thanks to our delivery boys and girls on Newspaper Carrier Day, for it was on this day in 1833 that New York City news publisher Benjamin Day hired the very first paperboy, 10-year-old Barney Flaherty. Day’s advertisement looking for help requested “steady men” for the job, but Flaherty proved a sincere and hardworking lad. Soon, boys and girls could be found manning the city’s street corners yelling, “Extra! Extra! Read all about it!”

Nowadays, newspaper carriers are a rare breed. A 2016 study showed that in the United States, only two out of 10 adults get their news from an actual paper. More than half of us watch the news on television.

But a recent 2017 survey showed that 67% of all Americans now get the latest news through social media outlets like Facebook and Twitter. Cell phones have dramatically contributed to this change, with 72%

of Americans using their phones to find out the latest headlines. While many lament that print newspapers are going obsolete, there is some good news: journalism is actually getting better.

The world is better informed today than it has ever been. Thanks to cell phones, people can follow the news with a few quick swipes of the finger. Moreover, journalists have better access to the technology that allows them to uncover facts and stories, as well as to widely distribute those facts. So, the good news is that there is a lot of good news out there. However, with so much news out there competing for our attention, it

has never been more important to check the news for ourselves and get our facts straight. While those printed newspapers delivered by our celebrated newspaper carriers undergo rigorous editorial processes, sometimes online outlets do not. Reading the news is a responsibility we should all take seriously.