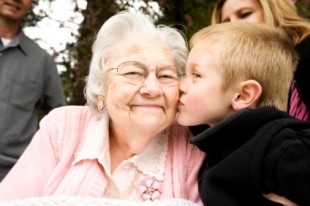 We are pleased to announce many exciting events for the month of September but first off…. Grandparents Day!

In honour of Grandparent’s Day on Sunday September 7th, goodies and refreshments will be available for residents to share with their grandchildren.  Its the perfect time for a family visit!

What does Grandparents Day celebrate?

Grandparents Day is a day to honor your grandparents as well as the contribution made to society from all seniors.

When is Grandparents Day celebrated?

It is celebrated on the first Sunday after Labor Day in September.

Who celebrates this day?

This day is celebrated in the United States. There are similar days in other countries. In some countries they have separate Grandmothers and Grandfathers Days.

What do people do to celebrate?

The main thing people do is something special for their grandparents. This includes sending a card, visiting, and taking them out for a meal.

There were a number of people who worked hard to see that Grandparent’s Day was established as an official holiday in the United States.

When the idea of Grandparents Day was first brought to the Senate in 1973, it was turned down. However, Marion McQuade continued to work in gaining support. Finally, in August of 1978, President Jimmy Carter signed the resolution making the first Sunday after Labor Day officially Grandparents Day.