What’s Right in the World 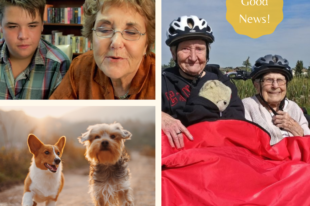 It easy to get swept up in fear and disillusionment … given all the tragedies dominating the news, but your distress isn’t likely going to make things better. So why not turn your attention to some of the good things happening in the world? Here are some examples of good news to boost your morale this week!